Laser scanning is used to produce three-dimensional and dimensionally accurate data, or an XYZ point cloud, of the target or area without physically touching it or going into the area. The laser scanner sends laser beams at the target in a dense grid-like pattern, and their transit time or phase difference is measured. The target is usually scanned from several directions to avoid blind spots, and the scans are combined into a single point-cloud. In this way, the distance between the target and the instrument can be calculated. When the precise location and orientation of the instrument is known, the measurement results can be tied to the surrounding coordinate system. By measuring the intensity value of the target, a clear intensity image of the target is obtained, and its visibility improves. The laser scanner also includes a camera, which
can be used to combine the true colours of the target into the point cloud.

Laser scanning is excellently suited for measuring and surveying, among other things, ships, buildings, tunnels, and areas, as well as for planning repairs in
industrial plants. Prismarit Oy offers professional laser scanning.

Contact us and find out more about laser scanning or ask for a quote! 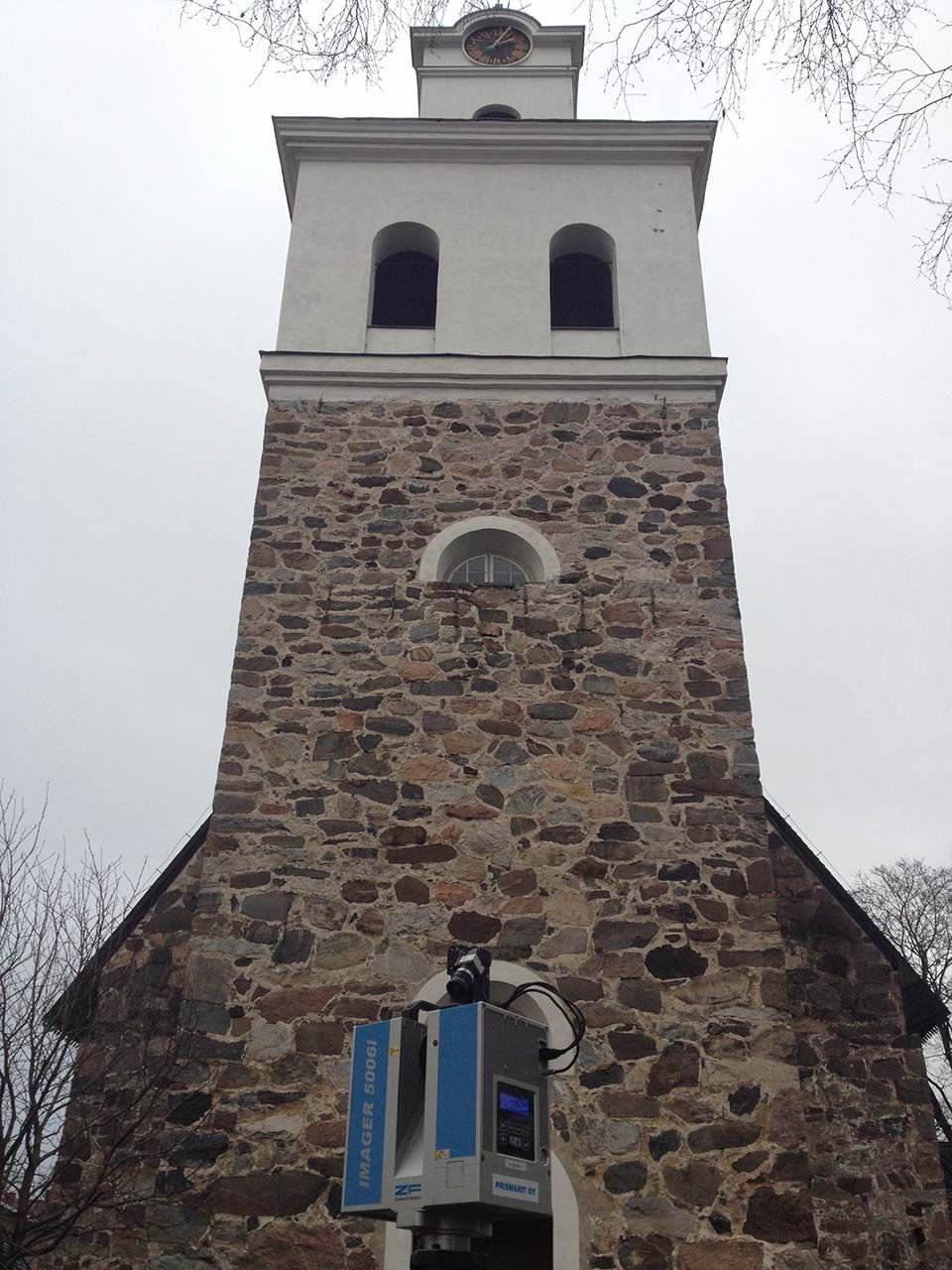